From Alaska to Tucson to northern Finland: A Personal Reflection

From Alaska to Tucson to northern Finland: A Personal Reflection

Six years ago, I left my traditional homelands of Alaska and I moved 3,500 miles away and relocated to the desert in Tucson, Arizona. This is where my husband’s traditional homelands are and the primary purpose for the move was to give my children the opportunity to learn more about their Yaqui heritage. In some ways, I feel like I left my spirit in Alaska but relocated my body to Tucson and I often tell people that I am from Alaska, but I live in Tucson.

I have the privilege of serving on the steering committee for the Indigenous Food Knowledges Network and the Network recently invited the steering committee members and staff to attend the Festival of Northern Fishing Traditions in Tornio Finland. I left Tucson with my newfound friend and colleague Amy Juan (Tohono O’odham) on Sunday, September 2nd. We traveled together and met up with two other colleagues along the way – Althea Walker (Akimel O’otham) and Noor Johnson who serves as a Research Scientist at the University of Colorado and she also coordinated the trip. After a full 24 hours of travel, we arrived in Kirkenes, Norway, where we checked into our hotel for the night.

The next day was spent touring the small town and going out on a boat to catch King Crab for our lunch. That night we picked up Mary Beth Jäger (Potawatomi), who serves as a research analyst at the University of Arizona. Once we picked her up at the airport, our group was complete and we headed off to the Sanila Reindeer Farm to stay for the night. We checked in and enjoyed a hot meal, which included some delicious reindeer meat and the option to take a hot sauna!

The next morning, I woke up on the reindeer farm and I went outside to see the lake that was behind our cabin. I was greeted by cool, crisp fall air and a beautiful forest surrounded the lake. I walked out towards the dock, looked around and it truly was just like Alaska! I was astonished to realize that everything looked the same! I recognized the trees, the smell of fall, the bushes and the berries. There were tons and tons of crowberries growing everywhere! I felt so at home.

After breakfast, we started our day by meeting up with some of the local indigenous community members from the Skolt Sámi Tribe. Pauliina Feodoroff and her parents were there to host us for the day. We went to visit their land and see the river project her community was working on. It was nice to be on land that was familiar but it was also funny, because I knew I was so far away from home.

As we headed out onto the land, I kept feeling the need to do a formal introduction. Where I am from, it is customary to introduce yourself traditionally, which means you introduce yourself to the local ancestors whose land you are on. You also introduce yourself and your own ancestors to the local people. We do this in Alaska for many reasons but some of the main reasons are because individuals and families often traveled to other communities for various events and the elders might not know all the young people who came to visit, but they would most likely know who your grandparents and parents were and what clan they were. By knowing who your family was, they would also know to some extent how you were raised. My Gram and Aunt Janet called it “knowing how to act right.”

As we trekked further onto the land, we came to the riverbed and stopped to hear about what the local community had done to work on restoring the river and how they were trying to bring the fish back home. It was very similar to a river restoration project that was carried out in my community to restore the Chickaloon River, which was damaged by mining and railroad activity many years ago. There were several large boulders and we were able to hop across the rocks out to the middle of the river. As we were talking amongst ourselves, Pauliina’s mom offered a song to us from the riverbank. We listened to her as she shared her song and I instantly felt that I needed to introduce myself properly. I pulled Pauliina aside and asked when we were going to do formal introductions. She said that was not something that they really do anymore, and she indicated that maybe this tradition was lost for them for now, but she was happy to accommodate me. The traditional indigenous women that were nearby circled up and we offered our customary introductions to the ancestors, to one another, and to the land. This part of the story is hard for me to explain. There was a sacred connection between us. We said a lot with very few words. I understood from what Pauliina said to me that although the Skolt Sámi peoples history was not exactly the same as my Ahtna history, it really was. Colonization looks so similarly, no matter where you are. Cultural loss is cultural loss. With very few words, it seemed our small circle of women understood each other instantly and we were connected with the land, with each other and with our ancestors.

The rest of the journey was pleasant. We had the opportunity to spend more time with Pauliina and her family. We shared more stories, meals, tears, ceremonies and songs. We traveled to Tornio and enjoyed the Festival of Northern Fishing Traditions conference. Our group was able to give a short presentation. The best time for me was out on the land with the traditional people learning and sharing. Near the end of the trip, I told Pauliina that she was like my opposite same. She was like my sister, who lived on the opposite side of the world but in so many ways, we were the same – united in our struggles, traditional ways, loss and strength. 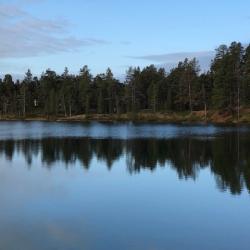 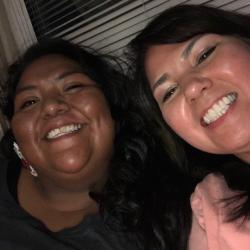 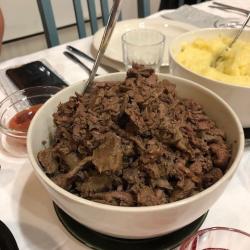 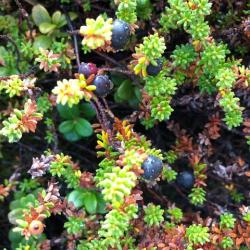 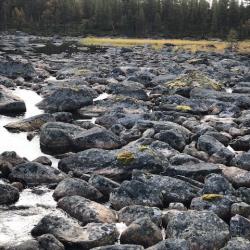 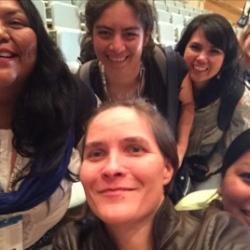