From March 12 - 15, 2019, IFKN held its second network meeting at Tohono O'odham and the University of Arizona. Amy Juan of the International Indian Treaty Council and Sustainable Nations, an organization dedicated to sustainable community building, hosted the meeting. The IFKN steering committee chose the theme of “Indigenous Knowledge” for this gathering. More than 25 Indigenous participants, including five from Alaska, participated in the meeting to learn about community efforts at Tohono O’odham to reintroduce sustainable farming practices and traditional crops and to build climate resiliency.

After an informal dinner the evening before, the meeting opened on March 13 at Himdag Ki: Way of Life House, the Tohono O'odham cultural center and museum, with introductions from all participants and several orienting talks. Keith Norris, an art teacher at Tohono O’odham High School, gave a comprehensive presentation on the history of the O’odham people, and Dr. Selso Villegas, director of water resources for Tohono O’odham, spoke about the interconnection between water and food security and emphasized the need for mitigation and adaptation action to address climate change. Participants then visited the Tohono O’odham Community Action farm, where farmers Jesse Garcia and Gilbert Villegas, Jr. showed participants the crops they are growing using berm irrigation techniques.

On March 14, participants visited the San Xavier Co-Operative Farm on the outskirts of Tucson. Farm employees described the work that has been done over several decades to develop farming skills and knowledge in the younger generation, and participants enjoyed a meal featuring traditional foods including tepary beans, squash, and cactus buds. Participants identified areas of common interest for further work, including working to identify innovative ways of sharing food knowledge, such as through digital storytelling.

On March 15th, IFKN members held a public meeting at the University of Arizona for students, faculty members, and other guests. Cyrus Harris from Kotzebue, Alaska, gave a presentation about efforts to support harvesting and sharing of traditional foods in his community, and some of the challenges that result from both institutional restrictions to serving foods such as seal oil, as well as those arising from climate impacts including late freeze up of sea ice. At the end of the meeting, Kari Shaginoff and Shawna Larsen from Nay’dini’aa Na’Kayax (Chickaloon Village), Alaska, invited the network to join them for their annual culture camp in June 2019. 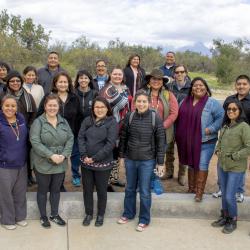 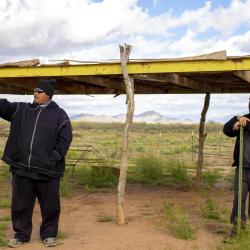 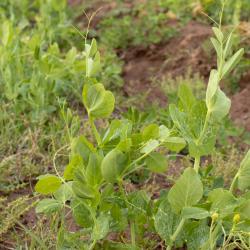 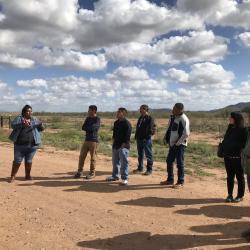 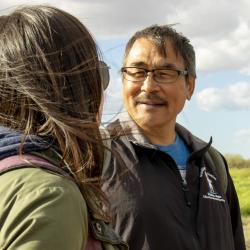 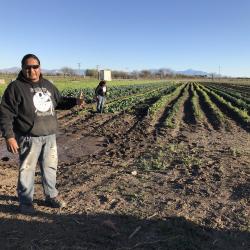