What does freshly smoked salmon taste like? What is the best way to fillet salmon for smoking and canning? How do you prepare moose skin to make moccasins? These are a few of the questions that participants in the Nay’dini’aa Na’Kayax’ (Chickaloon Native Village) annual culture camp learned the answer to last month. From June 17 to 20, members of the Indigenous Foods Knowledges Network (IFKN) joined families and children from Chickaloon Village, the first time the community has welcomed a group of visitors to join them for the camp. IFKN steering committee member Shawna Larson and Kari Shaginoff, both from Chickaloon, hosted and organized the meeting. The IFKN delegation included 10 Indigenous participants from the Southwest (Hopi, Dine, Tohono O’Odham, and Akimel O’odham), Northern British Colombia (Tahltan), and Finland (Sámi), along with six members of the project’s research coordination team.

At the camp, IFKN participants observed and supported adults from the community as they taught important skills to the 20 to 30 children present. The camp emphasized Ahtna language use, and new vocabulary was introduced for each activity. Activities included moccasin making, learning to fillet salmon and preserve it through smoking and canning, moose hide scraping, collecting wild plants for medicine and bead making, and making natural bug repellant. Southwest participants brought some of their traditional foods to share, including corn meal for corn dumplings and Hopi tea. The group also participated in a decolonizing training provided by Native Movement, an organization that supports Indigenous Peoples’ rights and the rights of Mother Earth.

On June 20, the group traveled back to Anchorage and visited the Anchorage Museum, where Melissa Shaginoff, curator of contemporary Indigenous art, and Aron Crowell, director of the Smithsonian Arctic Studies Center, welcomed them. Aron and Melissa offered a tour of the collection of heritage artifacts from Alaska, focusing on artifacts from Chickaloon and surrounding villages. They also shared information about efforts to create a video archive of traditional skills, including moose hide scraping and curing. Aron also gave a talk about the Smithsonian Arctic Studies’ “Arctic crashes” project that is looking into dynamics shaping animal population fluctuations in the polar regions, which affect Indigenous harvest of these animals.

On June 21, IFKN had an open meeting hosted by Native Movement and Alaska Community Action on Toxics (ACAT). Pam Miller and Vi Waugh gave a presentation about ACAT’s work, which focuses on toxic chemicals and their bioaccumulation in mammals, including humans, leading to increased cancer rates in Indigenous communities in Alaska and across the Arctic.

At the end of the meeting, participants spent some time reflecting on what was learned and considering next steps, including possible gatherings in Dease Lake, British Colombia and Hopi. 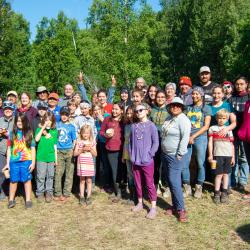 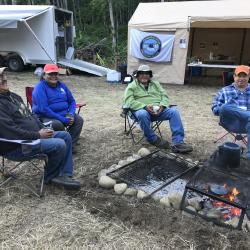 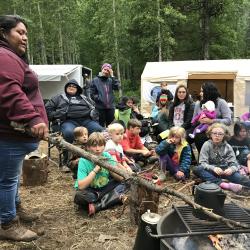 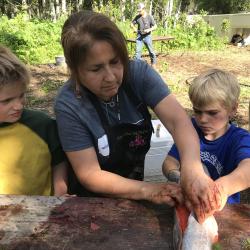 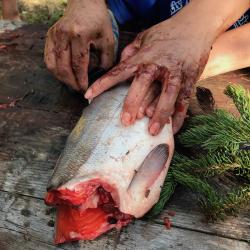 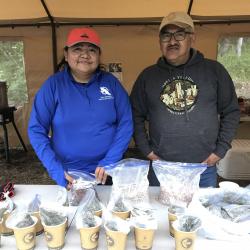 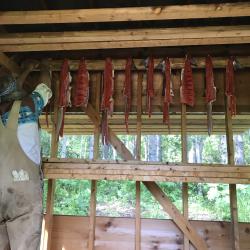 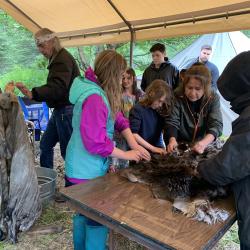 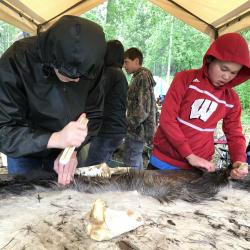 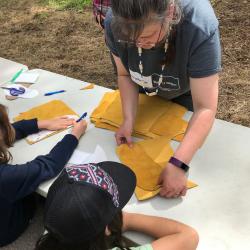 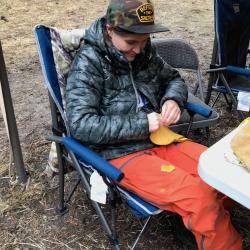 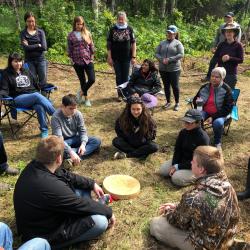 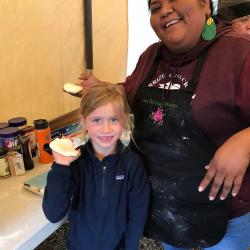 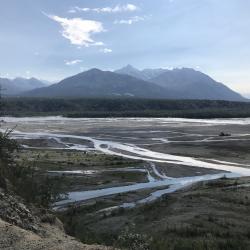 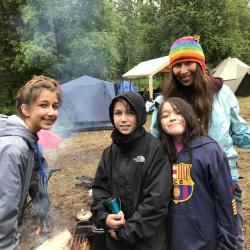